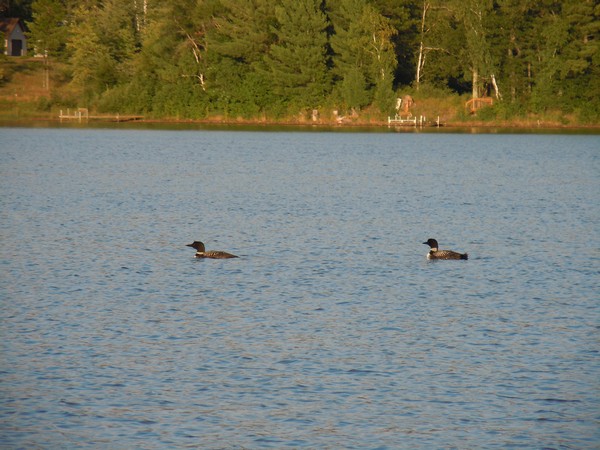 It won’t be long and we’ll be hearing the yodel, hoot, wail and tremelo sounds of our native Common Loons! After a winter, where they experience a complete molt of their feathers, they usually return from the South in mid-April to early May.

Wisconsin has a summer population of over 4000 breeding loons. They are the darlings of the lake that they inhabit and are greeted with joy when they return. As much as we swoon over the fact that they “mate for life” and return to the same area together each year. Much of their lives is spent alone. They migrate in the Fall alone. They winter alone and they come back alone. (I’d go it alone too if I lost all my feathers.) The male loon usually returns first and waits for the female. After only a few days of calling and swimming side-by-side, they are back in synch, ready to build their nest. 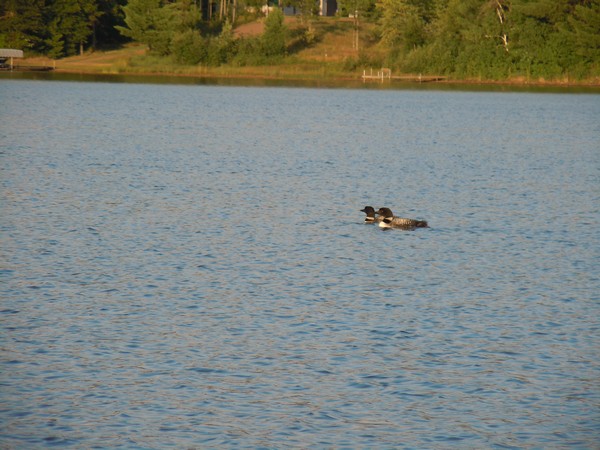 They spend most of their lives in the water because their bodies aren’t built for land dwelling. But they will typically lay two eggs in a nest on high ground and then teach their babies to swim through the course of the summer. The chicks ride on their backs for only about the first 10 days. After that, the parents swarm and coddle them as they grow and become stronger swimmers. 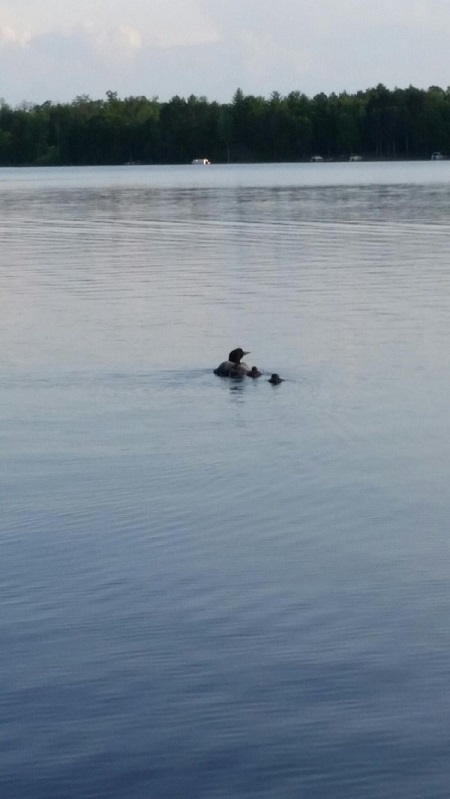 The immature loons will migrate South for their first autumn, but don’t make the return flight for about 3 years. Once they do return, they will choose a place within 30 miles of their birthplace. With a typical lifespan of about 25 years, they have a pretty reliable flight pattern. From sun country to God’s country – nature is the original “get-it-right” operation! ~ Wanda Boldon